We have supported projects across four continents, contributing to the health and welfare of economically deprived communities and helping to protect unique habitats and their biodiversity. Please note, we are only able to consider charities registered in the UK.

Right to Dream is a professional sports, education and leadership academy in Ghana. It provides young underprivileged talent an opportunity. Through their elite training programmes, international education, personal development and leadership philosophy they nurture the exceptional into future role models for Africa. 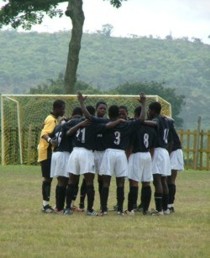 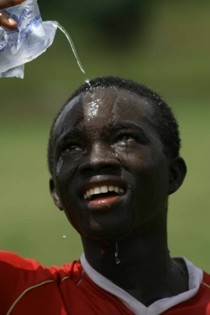 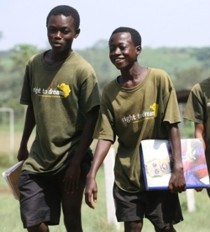 The Academy in Ghana is a non-profit making, fully residential school which offers 100% scholarships to children aged 10 and above. At the Academy they are focused on EVERY child achieving success and reaching their true potential, using the skills and knowledge they teach them and the experiences they offer, to build a better life for themselves, their families and their communities. Generations have supported Right to Dream over a number of years and will continue to do so.

The Right to Dream Underprivileged Children’s Centre (UCC) is a drop in education and welfare centre for some of the poorest children in Ghana, many of whom are street children and orphans. The UCC teaches children the basics in numeracy and literacy, getting them to a point where they can then attend school. Local schools are then identified and the costs of sending the children to school are met by the UCC which also provides ongoing support to those children.

The right To Dream Academy has 51 Student-Athletes at world leading institutions and 38 professional footballers living their dream.

WLT has been working with local partners Guyra Paraguay to create the Chaco-Pantanal Reserve, in response to the increasing level of threat faced by these unique habitats and their biodiversity, particularly from agriculture, development and pollution. Located in north-eastern Paraguay, the 15,000 hectare reserve area encompasses Palm Savannah (dry forest), Chaco Grassland, and Pantanal Wetland. The Generations Foundation has been a key supporter in this initiative, providing funding to secure 3,081 hectares of habitat, approximately a fifth of the whole reserve. This now forms the “Finch Family Reserve”. 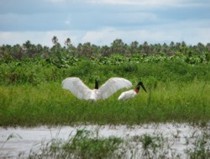 Jabiru Storks, the largest stork in the world, are typical of this habitat and easy to see

Rohini Finch of the Generations Foundation sets out on horseback to see the Reserve.

The Finch Family Reserve forms the southern boundary of the reserve, and lies on the river confluence at the borders of Brazil and Bolivia.

The annual flooding of the Pantanal wetlands provides a vital habitat and food supply for migrating birds from across the Americas. Year-round, it supports endangered species including the ‘Three Giants’: Giant Anteater, Giant Otter and Giant Armadillo. The reserve’s Three Giants biological station takes its name from them, and provides a base for international research.

Working with local partners Guyra Paraguay, and with support from Generations Trust, World Land Trust (WLT) began fundraising for the purchase of the Campo Iris Nature Reserve in 2007. In early 2009, Campo Iris received official recognition from the Paraguayan Government, giving it the status of a Private Nature Reserve. 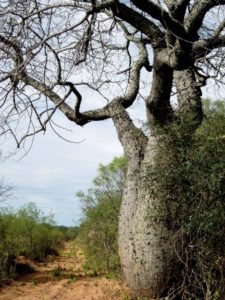 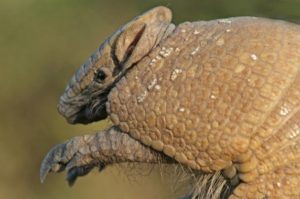 Campo Iris is now a reserve of over 8,500 acres in Paraguay’s Dry Chaco, an arid habitat of highly impenetrable thorny forest, including the distinctive Palo Borracho (Ceiba chodatii). This species is also known as the ‘Drunken Tree’ due to its swollen trunk, adapted to retain water in the arid Chaco.

Large mammals of the Chaco include Puma, Lowland Tapir, Giant Anteater and the world’s greatest diversity of armadillos.  Important for all these species, Campo Iris protects the only water source for many miles, making local wildlife dependent on the reserve for its survival.

Based in rural Suffolk, World Land Trust was founded in 1989, as a UK fundraising charity helping save tropical forests in Belize. As a result, Programme for Belize was able to purchase over a quarter of a million acres of tropical forest for conservation.

Since then, WLT has raised funds to purchase and protect over 774,000 acres of threatened habitats across the world, with projects in countries such as Argentina, Brazil, Colombia, Ecuador, Mexico, Paraguay, India, and Armenia.

WLT always works with local partner organisations who take on ownership and ongoing responsibility for protecting and managing the reserves. WLT also helps promote sustainable and environmentally friendly livelihoods for local communities, such as ecotourism, crafts and sustainable forestry, and supports reserve protection across its partners through its ‘Keepers of the Wild’ (ranger) programme. The intention is always for projects to become independent from WLT and continue to thrive on their own, protecting wildlife and its habitats for the future.

Bahia Negra is the nearest community to the Chaco-Pantanal Reserve and the young people who live there run an extremely vibrant Eco-Club. 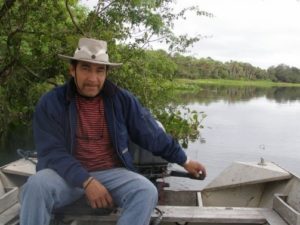 Keeper of the Wild Asterio at the Chaco-Pantanal reserve.

Generations first became involved in 2007 with their donation to support WLT’s overseas partners, Guyra Paraguay, in purchasing critically threatened Pantanal habitat in Paraguay, with further support for the Eco-Club in the local town of Bahia Negra. Generations has gone on to support the Dry Chaco reserve at Campo Iris and, more recently, WLT’s Keepers of the Wild initiative. This provides more rangers for the new reserves, strengthening protection for the habitat and its wildlife.

Second Sight is a small, focused sight charity with a formidable track record since its inception in 2000.

It was founded by journalist turned eye doctor Lucy Mathen, with just £5,000 donated by musician Mark Knopfler and the goodwill of ophthalmologists from Britain and India.

The charity works to eradicate curable blindness (cataract being the main but not sole cause) and to leave behind a lasting solution to the blindness problem in India’s poorest state, Bihar, in the north east of the country.

For over 18 years experienced eye specialists have been working alongside and providing on-site training to local health teams in Bihar, sometimes in very remote locations. The aim is that each eye hospital can provide the full gamut of eye services to their communities. The charity has also successfully raised awareness and understanding of Vitamin A deficiency in children which affects as many as 70% of children in some areas or rural Bihar. It’s interventional research project FAME –standing for Food, Vitamin A, Measles and Education – demonstrates that a concerted effort is needed to prevent childhood blindness.

When the charity began its work, it was the paucity of eye surgeons in the areas of greatest need that was the main reason for the blind remaining blind. So they started out by sending visiting volunteer eye surgeons to perform cataract operations. Now, the more than 50,000 cataract operations carried out at Second Sight partner hospitals each year are performed by highly skilled surgeons from Bihar itself.

Said Lucy Mathen: ‘We always hoped that, by example, we would help create a reverse brain drain of doctors to Bihar. The dream has come true. 18 years down the line, it is fantastic to think that some 450,000 people have had their sight restored, but even better to know that talented health professionals are remaining in rural and small town Bihar and doing this work. They are the long term solution to Bihar’s blindness problem.’

For its groundbreaking work in Bihar, the charity received the inaugural Karen Woo Award from the British Medical Journal (2012) and was named Charity of the Year by the Association of Optometrists (2019).

The charity is based in Lucy’s bedroom in London and all those who go out to Bihar to help implement the frontline work fund their own travel. Every penny raised for Second Sight goes directly to the task of making the blind see.

Read more by visiting www.secondsight.org.uk where you can also order Lucy Mathen’s latest book – Outgrowing the Big: sight for India’s blind and a new way of seeing the world.

Enterprise (VTE) programme, to help villagers make money from the many products that grow on trees. At Tominian, 49 groups in 19 communities have developed business plans based on tree products such as forest honey, shea nuts and tamarind fruit.

This project is providing training and equipment for these village entrepreneurs to plant, manage and protect their trees and forests as an integral part of their business plans. The project villages and 30 neighbouring communities will also be trained in bush fire management. Finally it will help villagers engage in local planning to negotiate fair rights of access to forest resources.

“Formacion en Educacion Inicial San Andres” in Paraguay are an organisation that offers scholarships to students for teacher training who do not have the means to pay for the tuition themselves. Although steps are being taken by the Paraguayan Ministry of Education and Culture to improve the curriculum and teaching methods in schools, due to the teachers lacking adequate training and a limited educational background, the children are taught in a passive and non-stimulating way, making the drop -out rate high and the majority not continuing on to secondary school. By giving gifted students the opportunity to become qualified teachers not only gives these students a brighter future but also the children they teach. A grant from Generations ensured a group of gifted students scholarships at the college to train to be qualified teachers.

It is remarkable that in Hindi there is no word for ‘clubfoot’ and many parents mistakenly think that their child has polio. This is one of the main reasons why parents do not bother to present their children to clinic.

Since it’s inception CURE Clubfoot India Trust has partnered with state government healthcare programmes across India. It manages weekly clubfoot clinics in partnership with orthopaedic departments in government medical colleges and hospitals. Government departments commit to assigning doctors who will participate in the free clubfoot weekly clinics and ensure that the casting materials are available for the treatment. This not only helps CURE Clubfoot to establish clubfoot clinics, but also allows the CURE to reach the poorest of the poor.

Early treatment eliminates the condition as a lifetime disability. Curing a disability eliminates a major obstacle in overcoming the challenges of growing up in a resource poor country. It helps to break the cycle of poverty by enabling the young person to play an active part in their community.